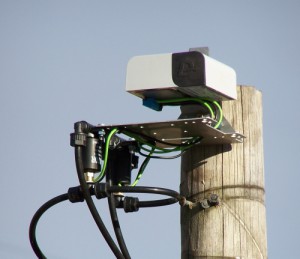 A G4.0 RX module mounted in the field 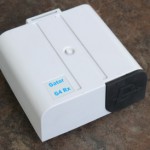 With more than 100,000 radio receiver switching modules deployed in more than 5 continents, the Gator G4.0 radio receiver module has truly become the global benchmark of radio switching receiver devices for irrigation control. Customers from around the world have integrated the Gator G4.0 into their own control products and installed them on numerous irrigation projects. Renowned companies such as Galcon, Netafim, Jain Irrigation, INTA, Gal Italia, Aqua Management, Irri-Gator and several others make use of the G4.0  Rx modules in their systems.

Why use radio control? 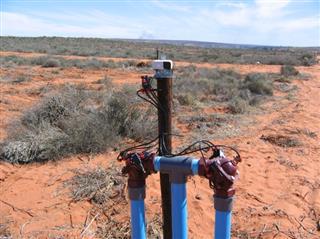 A G4.0 Rx Module Controlling a Cluster of 2 Valves

How the system works

Control devices such as relays and solenoid valves are linked to the Gator G4.0 receiver module.

Coded data is transmitted from a central control system. This data contains information as to which outputs within the system are to be “On” or “Off”.

During normal operation, the Gator G4.0 receiver module is continually scanning the airwaves for a signal that coincides with its unique system address and system output number.

On receipt of a signal the Gator G4.0 radio receiver module will activate or deactivate the devices it controls dependent on the instruction transmitted from the control system.

For added module protection that will provided an extended life expectancy of the module we suggest to use the Gator RF module HOOD.